Packaging & progress: a brief history of reusables in the supply chain

Packaging has come a long way to reach the era of reusables in the supply chain we have reached today. If you’ve ever browsed an antique store, you’ve likely encountered examples of the sturdily built wooden boxes. These boxes were once used to transport groceries from suppliers to stores. Some are more than a century old, and many feature descriptions of their former contents stamped in old-fashioned fonts.

Such boxes were among the first reusable containers used by independent grocers in the late 1800s and early 1900s. Back then, most perishable food was delivered unpackaged to stores (or to wholesaler warehouses first) by canal boat, steamboat, rail and/or wagon, while processed food was typically shipped in metal tins, kegs or wooden crates or barrels that were then re-purposed for other uses.

The Rise of Corrugated Boxes

By the turn of the century, the traditional wooden containers were being phased out in favor of the corrugated paper shipping cartons heavily used today.

As environmental awareness grew in the 1970s due to the 1973 and 1979 energy crises, the grocery industry began to recognize the downsides of corrugated cardboard: its high production costs, recycling challenges, contribution to the waste stream, limitations in preventing food damage and its tendency to impart odor onto foods.

The Demand for RPCs Grows

Germany set the bar for recycling packaging in 1991, when the country created an ordinance requiring businesses to separate and recycle 80 to 90 percent of traditional packaging materials to keep them out of landfills. This, in turn, created significant demand for reusable plastic containers (RPCs). Other European nations soon set similar standards; now more than a billion European RPC shipments move from producers to grocery retailers annually, far outpacing the U.S.

Tosca was among the first U.S. companies to carve out a niche in reusable transport containers through its effective recycling of cheese barrels for a major food manufacturer — Kraft. Our commitment to rid the world of one-way packaging waste has remained strong through the decades. But it wasn’t until the 1990s that Tosca and Georgia Pacific considered something new – launching a line of RPCs. This offering gave grocer retailers and suppliers a more sustainable and practical solution to food delivery in place of corrugated cardboard.

Industry titans adopted this solution in the early 2000s: Walmart adopted the use of RPCs for produce in 2000, Kroger in 2005.

RPCs: Not Only Ethical, but Efficient

In a 2001 interview, Bruce Peterson, then a Walmart vice president, pointed to efficiencies achieved after the retail giant converted 70 percent of its transport containers to standard-sized RPCs. He referenced advantages including their ergonomic handles, their interlocking anti-slide mechanisms, their stack-ability, their ability to collapse and their resulting ease of storage. He was also impressed how RPCs negated the need for store personnel to sort and compact corrugated boxes.

(They) were very desirable from the grower/shipper end,” Peterson added. “Not only were these RPCs standardized, they were display ready. And because of the airflow accessibility and the way the box is designed, we found that any kind of a pre-cooling operation where you took things out of a warm field and could bring temperatures down was very efficient.”

Kroger’s website now reports it shipped 106 million RPCs of fresh produce to its stores in 2015 alone, eliminating the use of more than 73,500 tons of waxed and corrugated boxes.

RPCs have steadily gained market share since 2005, with demand for reusable plastic totes and crates in the food and beverage industry growing nearly 5 percent annually. Tosca acquired Georgia Pacific’s RPC business unit in 2012, and has grown into one of the innovative leaders in the RPC space.

Today, Tosca uses its more than five decades of expertise to deliver customized reusable packaging and supply chain solutions across North America. A single Tosca RPC can be packed, shipped, stocked, washed and returned more than 100 times, delivering more than 50 pounds of product per trip before being recycled into the next generation of reusables.

Between 2000 and 2016, the company diverted more than 561,210 tons of corrugated cardboard packaging from entering the supply chain by using reusable plastic containers.

Further, the packaging giant has expanded its use of RPCs far beyond produce transportation, devising innovative solutions for foods that span the breadth of a typical grocery store. For example, Tosca is now a market leader in cleverly designed reusable plastic containers for the moving and storage of both fragile eggs and case-ready meat, protecting investments in perishables that can often be expensive.

Click here to learn more about the numerous benefits of RPCs to replace corrugated cardboard boxes. 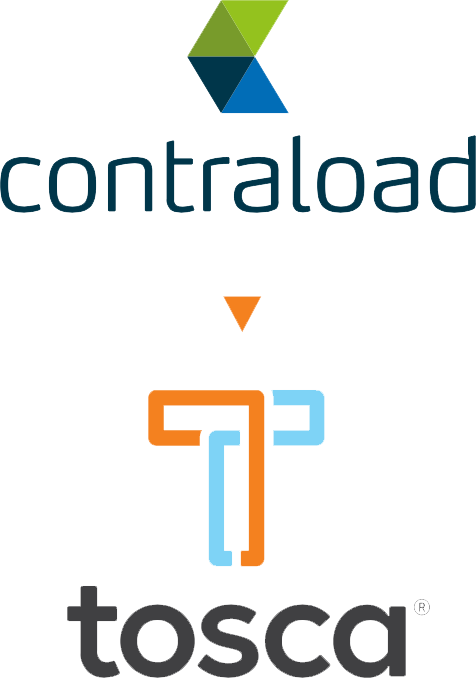